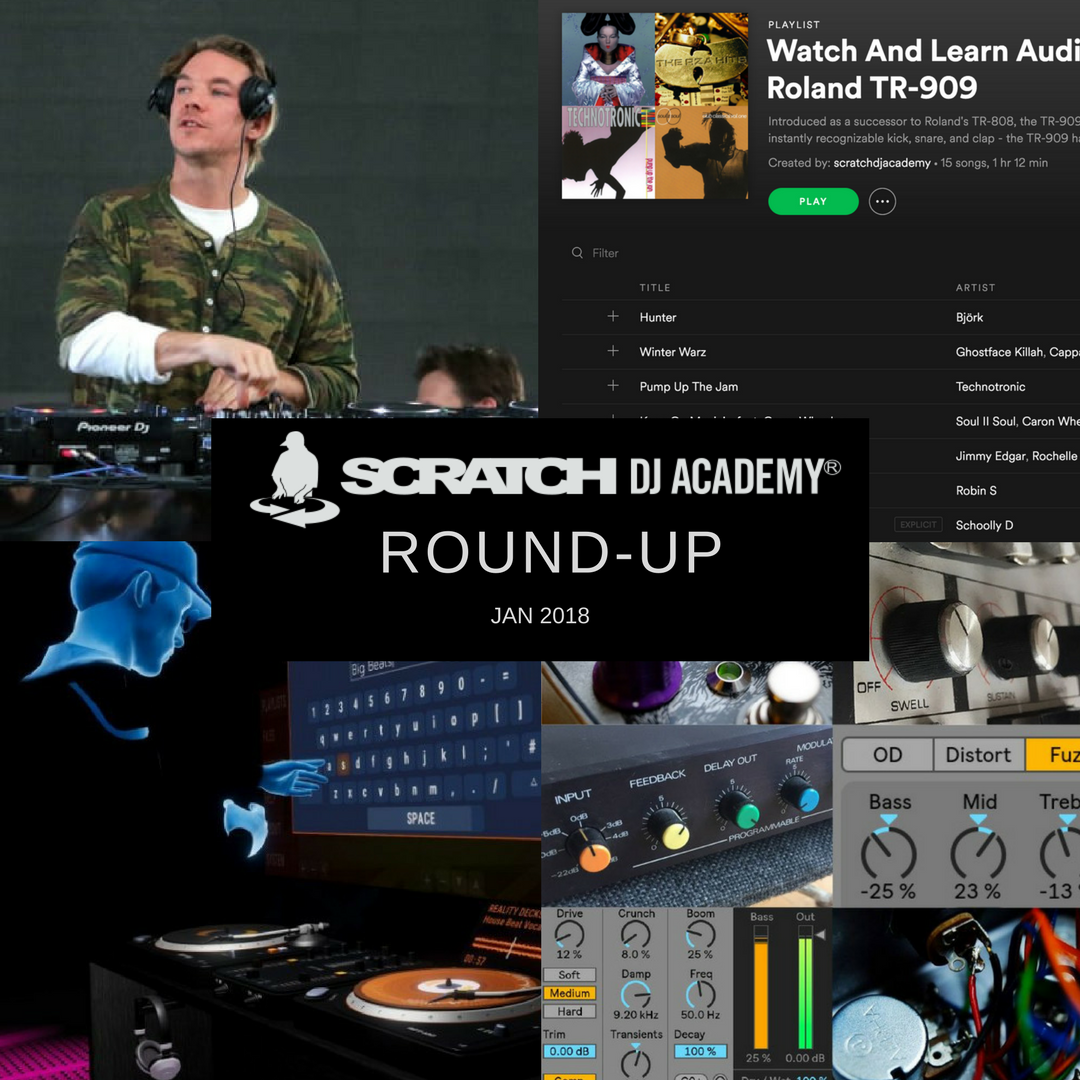 We’ve just released the newest installment of our Watch And Learn : Audio playlist series, titled “Songs Made With The Roland TR-909” – highlighting past and future classics made with this pioneering drum machine from Roland. Artists include Bjork, Raekwon, Daft Punk and more. [Click here to open in Spotify]

Ableton Live 10 has been out for a few weeks, and we have been testing out the new effects like Drum Buss. Haven’t gotten a chance to check the effects out for yourself? The fine folks at Ableton have you covered, with this explanation behind the new effect mods. [Click here to read more]

The hype surrounding Virtual Reality seems to be everywhere lately, with brands like Sony and Oculus developing what seems to be an unstoppable stream of games and applications. Oculus’ Reality Decks brings DJing to VR, allowing DJs to record mixes in VR from its library of tracks. Check out the video below to see Reality Decks in action.

How to Use Pioneer Rekord Box

Everything you need to know about Serato Instant Doubles

In this episode of Heavy Rotation we chat with DJ Maseo o...